BREAKING NEWS: If you are in a position to review or spread the word about an Audible copy of HEIRS AND GRACES, please contact Rhys for more information. She has a few copies....RhysBowen at comcast dot net
AND Rosemary Harris's THE BITCHES OF BROOKLYN is free to download today and tomorrow only! Click here. 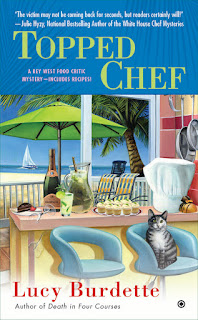 LUCY BURDETTE: It seems odd to me that mysteries and crime fiction can be lumped into a category of non-book club books--in other words, escapist reading, nothing worth discussing. We couldn't disagree more! With September around the corner and book clubs resuming meeting or planning their reads for the year, we thought we'd make a few suggestions. From each red, a book, a couple of discussion questions, and something memorable to eat along with it.

1.  TOPPED CHEF opens with Hayley worrying about her first negative review. How do you feel about restaurant reviews, either online or in newspapers? Do you trust them? Do you write them? Do you feel critics should write about their negative experiences as well as their positive?

2. One of the most challenging parts of writing a mystery with an amateur sleuth has to do with her stake in solving the mystery. Were you convinced by Hayley's insistence on getting involved in this story? How does this fit with her character? 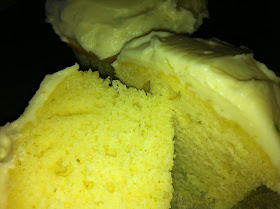 What to eat: Lime cupcakes with lime cream cheese frosting


HALLIE EPHRON: THERE WAS AN OLD WOMAN

1. The theme of remembering and honoring the past is prominent in There Was an Old Woman. Evie has dedicated her life to the preservation of memories, and Finn keeps all of the artifacts from the old Snakapins Park in his basement. Do you think it is important to preserve the past, and why? Are some things better left forgotten?

2. Evie and her sister Ginger are polar opposites. Evie played soccer; Ginger was a girl scout. Evie sees Ginger as the dutiful daughter and herself as the one who runs away. How might these two different personality types both have been shaped by the experience of growing up with an alcoholic mother? 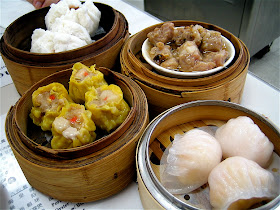 What to eat: Discuss it over Chinese Dim Sum.

ROSEMARY HARRIS: Now this is fun. I'm not in a book club these days. I went to a fabulous book club meeting in San Francisco last year. The members had agreed to read THE BITCHES OF BROOKLYN and act as my focus group. It was a blast.

Possible discussions -
1. Friendships - old and new - are at the heart of Bitches. Each of the women in the book, Jane, Tina, Rachel, Clare and Abby, questions the meaning of friendship, particularly childhood friendships. Are they better left in the past? What are the risks in trying to rekindle (no pun intended) old relationships?

2. Every decade of life brings its own set of issues. What are the insecurities each of the women faces?

3. All five of the women have called each other Bitch since high school when it was an epithet thrown by a jealous classmate. Now it's a term of endearment for them. What do you think about the word?

My gals are good eaters. Hallie's already claimed Chinese takeout and more's the pity readers can't camp out in Jane's Brooklyn bakery so I'd have to say a medium-priced Italian restaurant. Red-checkered tablecloth. With a bottle or two of good wine. 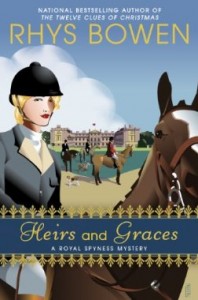 RHYS BOWEN: This is most timely for me as I have an author buzz going out to zillions of bookclubs next week with questions about my new book, Heirs and Graces. So here are some questions I gave to them.

1.    Lady Georgiana seems to have a privileged life. What are some ways in which her life is not so rosy?
2.    This story centers around the heir to a great estate. Discuss that whole concept, plus other instances of property entailment disrupting lives in literature

3.    These Royal Spyness books are funny�gentle satire of English aristocracy. But there are always serious undertones. What are some in this book?

And food to serve? Well, it has to be a classic English tea party with thinly sliced cucumber sandwiches, warm scones topped with strawberry jam and cream. Mmmm. Now I'm feeling hungry (or peckish as my characters would say) 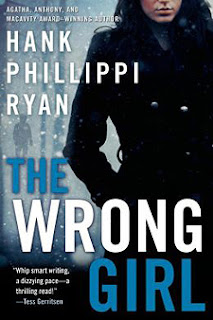 HANK PHILLIPPI RYAN: OH, fabulous. I'm  tempted to discuss THE OTHER WOMAN, with all its juicy discussion possibilities about infidelity, and sex as power, and the conflict in failing marriages. But let's go with THE WRONG GIRL, coming Sept 10!

1. The book opens with Jane's friend Tuck suspecting the adoption agency that's  reunited her with her birth mother has made a mistake---and, as she says, "sent that poor woman the wrong girl." As a reporter, I know that's happened in real life. What if that had happened to you..do you think--just based on instinct--you would know it? (Do you know anyone searching for their birth parents? Did they find them?)

2.  The Wrong Girl also takes an inside look at the state's foster care system--where children need homes--and there aren't always enough of them. HAve you been in foster care, or known someone who was? Have you ever taken in a foster child? Or wanted to? Why or why not? How well did that system work?

Food? Well,  Jane is always rushing, and I'm tempted to say fast food! But it's in Boston, so let's say luscious creamy clam chowder from Legal Seafoods with those little round crackers and a twist of pepper,, accompanied by a crisp white sauvignon blanc. 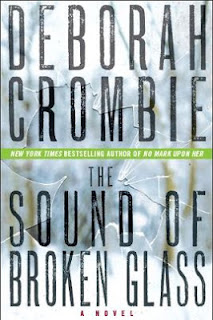 DEBORAH CROMBIE: Oh, fun! (And I want everybody's food!) Here are a couple of questions for readers of The Sound of Broken Glass:

1) We see in the back story that young Andy Monahan is the caretaker of his alcoholic mother. How does this affect his ability to form relationships when we meet him again, fifteen years later? Do you believe it's possible for children of alcoholic parents to form happy and stable relationships as adults?

2) The seed of much that happens in this novel is bullying. How might Andy's life have been different if he'd had adult support in dealing with the boys who bullied him? Do you believe that Nadine was bullied as well? Were there characters who could have stood up for her and made a difference in the course of her life?

Now, food! I think my book group should have delicious, hearty sandwiches from The Jolly Gardener pub in Putney--roast beef with horseradish; thick, sharp English cheddar slathered with Branston pickle; roast turkey with cranberries--accompanied by a big platter of fresh fruit, good beer, and crisp Sauvignon Blanc. (My characters have theirs with tea, but they're working!) 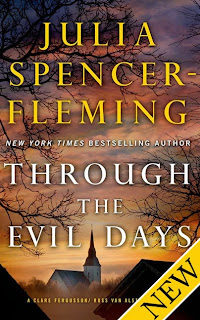 JULIA SPENCER-FLEMING: This is a perfectly timed subject, because I need to supply my editor with questions for THROUGH THE EVIL DAYS, my November release. Like Rhys, I'll be having an author buzz going out to book groups (though not for another couple of months) and St. Martin's library division posts discussion questions online. Pro tip for book club organizers: lots of publishers do this! If your group is reading something that doesn't come with discussion suggestions in the back of the book, check the publisher's website.

1. At one point, Russ tells Clare, "I won't say a word against [having a baby]. But don't expect me to pretend to be happy about it." Is his attitude reasonable, given that they agreed, as a couple, not to have children, or is he being stubborn about not getting his way?

2. Officers Hadley Knox and Kevin Flynn are assigned to work together to try to find Mikayla Johnson, the missing girl. At the same time, they're becoming closer personally. Should they put the brakes on their relationship? Is it unprofessional for them to get involved again, especially during a high-stakes investigation?

3.  There are many types of families in THROUGH THE EVIL DAYS: Clare and Russ and their impending baby, Mikayla and her dysfunctional, criminal parents,  Hadley and her ex fighting over custody. What do these relationships say about the effect of parenthood on couples and on individuals? What is the author saying about the responsibilities of parenting versus the pleasures of having a child?

For an accompanying meal: Russ and Clare have a hearty, delicious stew in their remote lakeside cabin, perfect for a book group discussion on a cold November night. Of course, they don't have any alcohol, but I would recommend a nice Cotes-du-Rhone and some crusty bread to sop up the broth.

Don't forget to leave a comment--best book club discussion ever? best meal eaten with a book group? And you'll be entered in a drawing for an advanced copy of THROUGH THE EVIL DAYS.